Do not enter like you always do (Catherine Foulkrod)

Do not enter like you always do (Catherine Foulkrod)

“Friends! This is not a matter of your choice! There is no other way of moving! If until now you were used to moving along roads and sidewalks, forget it! From now on we all walk through walls.”[i]

There are cities where living rooms have become both thoroughfares and battlegrounds, and streets are places where no one strolls. In these urbanscapes people and objects emerge from unexpected places, and one is never certain if the walls are really walls.

But here, where our architecture is constructed of language, the walls and bodies play games of replacement and substitution, creating other configurations. Thus we encounter forms such as: the load-bearing body, the supported or freestanding body, the retaining body, or the body whose purpose is to absorb sound. We experience the physical or mental sensations of being bodied off or in. We use a body as protection; it may serve as a force field or a barrier against the wind.

We may know or not know what is on the other side of the body or what lurks in its shade. We choose (or don’t choose) to remain behind a body or use it as a barricade. The State guards a body or moves it at whim. We live surrounded by the same bodies that sheltered our ancestors or that give comfort to our kin. Sometimes bodies keep us from the people we want to inhabit most. Or perhaps we fabricate bodies to separate “them” from “us.”

What, then, could it mean to break through the body? To punch a hole in the body: to unbody the body, or to demolish it and scatter the resultant debris? What about building a body through which not even our ghosts could pass? We may wonder: Is this a memorial body, an unmovable or movable body, a fortified body, an invisible or retractable body?

What is this body blocking from view? 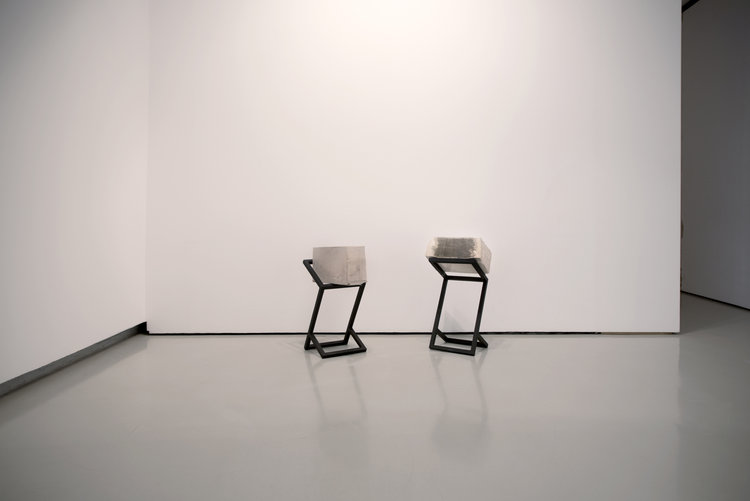 A friend of ours, a geologist let’s say, looks at a limestone wall in a city, perhaps this city, and sees within it the fossilized fragments of a colony of sea urchins that lived 100 million years ago. The geologist reminds us that limestone is primarily made from the accumulation of skeletal fragments: echinoids, coral, mollusks. So at least in this sense, certain bodies do become walls.

But the geologist has another story to tell. On a different wall he points a finger at raspings, borings, etchings. These are thalassinidea trace fossils—abundant Y- and T-shaped discolorations that mark the remains of ancient crustacean burrows. These trace fossils are gestures in stone. They are architectural ruins of protective behaviors, individual sculptures of survival. They are what enabled crabs or ghost shrimp or mud lobsters to go about their daily routines sheltered from predators and tides. The crustaceans’ bodies smoothed out walls in the silt as they wandered, rested, dug, fed, surveyed, and groomed. Their bodies opened up spaces—they ventilated those spaces—creating voids that outlasted their bodies.

We are told it is no surprise that trace fossils are more common than body fossils in the geological record. A single animal can make uncountable gestures in a lifetime, but can only leave one body behind. This may not be news (Walter Benjamin did warn us: “to live means to leave traces”[ii]), but perhaps it is a useful reminder of what quickly disintegrates, and what, by its structure, refuses to disappear. 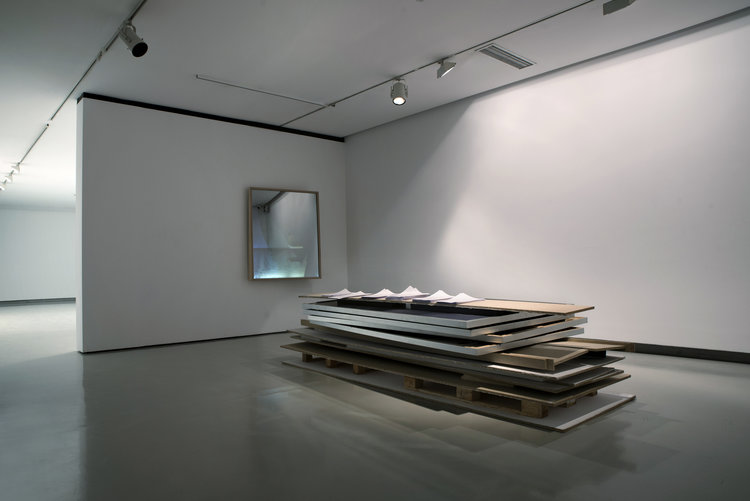 Take, for instance, certain Aztec temples that were expanded upon during different emperors’ reigns. New temples were often constructed on top of old temples again and again. The ever-bigger temples were thus filled with the rubble of their predecessors. And today, even though many of the grandest temples have long been destroyed, if you could walk through their ruins, stepping toward their centers (without tripping over archeological institutions), you might encounter rubble that, in a way, would not be rubble at all, but the original cores of the biggest temples preserved.

Conquistadors also participated in this cumulative building regime, albeit with different aims, by constructing Christian churches on top of pre‑Hispanic sacred sites. However, in the case of Tenochtitlan’s Templo Mayor—which marked the center or vital “navel” of the Aztec universe and cosmology—the conquistadors chose instead to mitigate and subdivide the site’s power in order to aggrandize the Spanish reign. In lieu of a church, Hernán Cortés constructed homes for his captains upon—and with—the temple’s rubble.

Capitán Alonso de Ávila was among these proud new homeowners, and his entitled nephew (who was also named Alonso) soon inherited the property. Call it sacrificial irony, call it divine inevitability, call it plain comeuppance—whatever the forces at play, history tells us that while the young Alonso was milking the social status of this prime Mexico City location, he was also conspiring against the Spanish crown.  The young Alonso was thus deemed a traitor and beheaded in the adjacent Zócalo. His home upon the temple was destroyed by the State and the ground was strewn with salt to mark a site of damnation.

[iii]Four hundred and twelve years later, electricians working on that same salted street corner unearthed a stone disc depicting the beheaded goddess Coyolxauhqui. The carved stone was found in its original location; what had once been the foundation of de Avila’s house had also been the base of the steps leading up the south side of the Templo Mayor. It is said Coyolxauhqui waited at that spot for sacrificial bodies to tumble down the stairs “in order to eat them and restore the earth.” 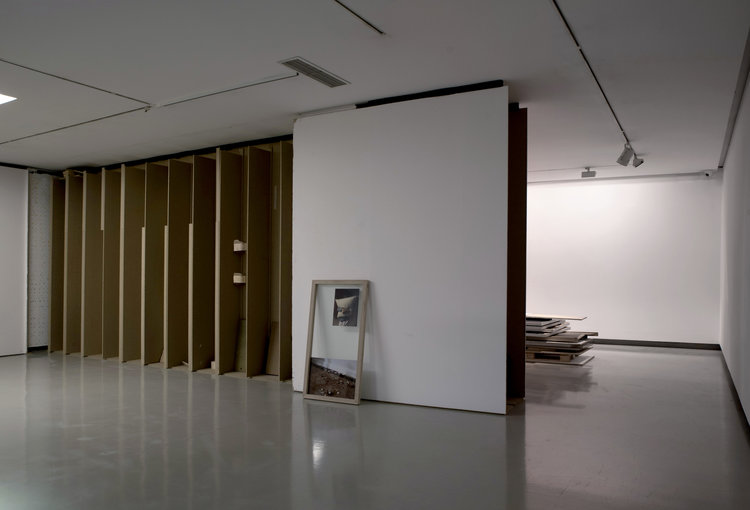 [vi]  Iraqi-American poet Dunya Mikhail said it: “You see, there is blood everywhere / in the rivers / on the sand / under the buildings / in the houses…”[v] Apache storyteller Nick Tompson said it: “All of these places have stories.”[iv]James Joyce said it: “Places remember events.”

Really, who hasn’t said it?

No, really—who doesn’t say it?

Listen for that silence.

When Nick Tompson said, “All of these places have stories,” he followed it with the words: “We shoot each other with them like arrows.”[vii]  He was referring to the traditional Apache storytelling technique known as the agodzaahi. This method is employed to chastise a community member who has committed a moral or social offense. The agodzaahi sparks behavioral change. The agodzaahi is always rooted in the memory of place.

Opening line: “It happened at [name the location].”

Body: “Long ago… [Tell a graphic, historical tale that focuses on a person who suffers misfortune as a consequence of actions that violate social values or customs. The misfortune can be: humiliation, social or physical exile, or death.]

Closing:  “It happened at [name the location again].”

An effective agodzaahi utilizes everyday language and takes no longer than five minutes to tell. It is swift, like an arrow. When using this technique, it is vital to keep in mind that the story is as much about its content as it is about the specific listener at whom it is aimed. It is useful if this listener/target must pass by or travel through the location of the story in her daily life.

Even better, tell the agodzaahi to the listener while sitting with her in that specific place. 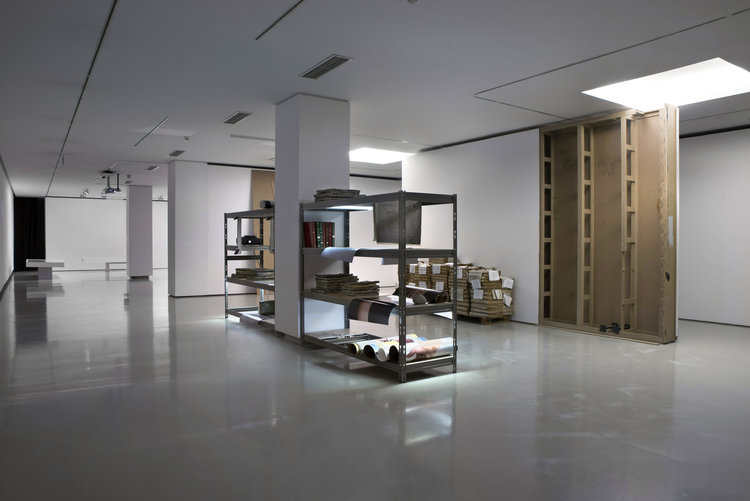 Let’s try another word swap. What happens if we replace the word body with story?

Perhaps we will arrive at: the displaced story, the missing story, the ailing story, the story politic, or the story that is a vehicle for the mind. We may experience the story gaining or losing energy, or feel it becoming too cold or too hot. Stories may need protection if they are not welcome in a certain place. Or they may need special treatment if their pain is too much to take.

What, then, might it mean to turn our backs on a story, or to have a story turn its back on us? What about destroying a story, or deforming a story, or cutting a story open and looking at its guts? We may ask is this story healthy, does it appear younger or older than its factual age? Has this story been nurtured or neglected? Is it a free story, or is it owned by the State?

We may look in a mirror and ask: Is this my story? 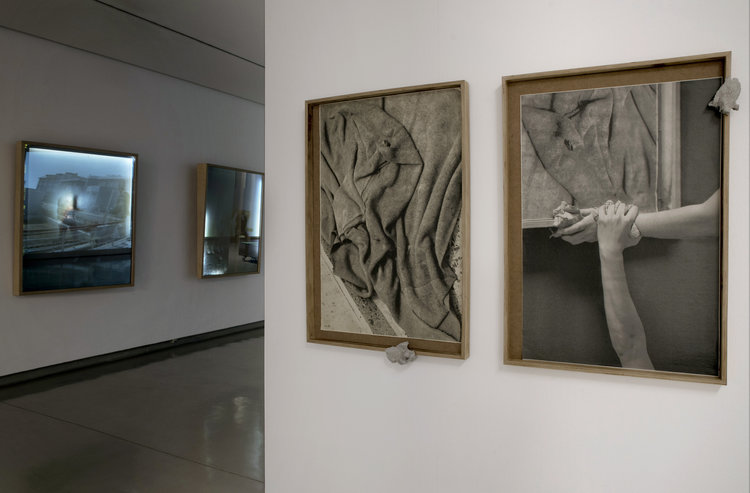 A closing remark from Hélène Cixous[viii]:

Sometimes we live the wars between nations as personal events. Sometimes a private drama appears like a war or a natural catastrophe. Sometimes the two wars, the personal and the national, coincide. Sometimes there is peace on one side (in one’s heart) and war on the other.  I and the world are never separate. The one is the double or the metaphor of the other.

[i] Israeli Brigadier General Aviv Kochavi used these words in 2002 to rally his troops before an operation in the city of Nablus. See: Eyal Weizman and Nadav Harel interview with Aviv Kochavi, 24 September 2004, at an Israeli military base near Tel Aviv [Hebrew]; video documentation by Nadav Harel and Zohar Kaniel. Cf. Eyal Weizman,Hollow Land: Israel’s Architecture of Occupation (London: Verso Books, 2017), 298.

[vii] Basso, Wisdom Sits in Places: Landscape and Language Among the Western Apache, 48.

Catherine Foulkrod (Colorado, 1982) is a writer of fiction and essays. Her work can be read in The Believer, New York Tyrant, Artifice, Unsaid, Bookform, and elsewere.

Ixone Sádaba (Bilbao 1977) is an artist who lives and works in London. She received her MA from the University of the Basque Country and a Postgraduate Diploma from the International Center of Photography in New York. Awarded with the Generation 2011 Prize and a Finalist of the Sovereign Art Foundation Prize in 2012 among others, Ixone has exhibited at international Art Museums, including the Guggenheim Bilbao Museum, Reina Sofia Museum, MoCCa Contemporary Art Museum in Toronto and the Museum of Contemporary Art of New Orleans.

Do not enter like you always do (Catherine Foulkrod) was last modified: enero 20th, 2018 by marioespliego